Hedging Forex is a process where a trader opens additional positions to protect against sudden price movements. He sells or buys financial instruments to balance the trades currently open. The risk of loss does not disappear by 100%, but the trader can reduce the damage correctly chosen by the strategy. 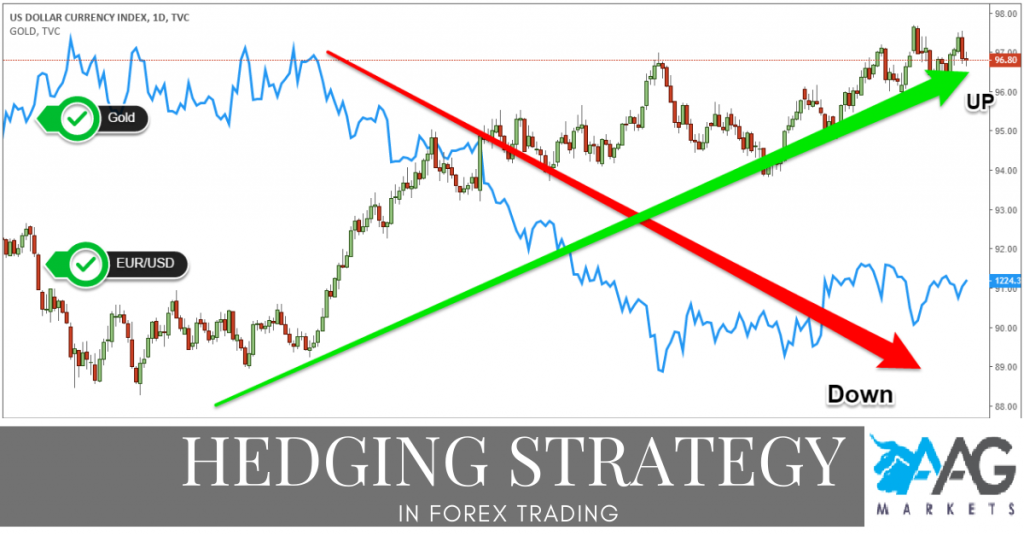 What is hedging in Forex? Basically, it comes down to how much risk a trader is willing to take. The popular strategies include:

Forex hedging strategy in a simplified version means opening a position opposite to the current one. Say, there is a long position (buy) of EURUSD, then the trader opens a short position (sell) on the same currency pair. Net profit of such an action seems to be zero at first sight. But the trader can make money on any of the selected positions.

For reference: "long" position means that the trader buys the currency to sell it later at a higher price. "Short" - the trader sells the currency before it is too late. That is until the rate has dropped too much.

Not all Forex brokers provide this service. So when choosing a new brand, check if such service is available.

Hedging with several currency pairs should include currencies that are positively correlated with each other. For example, GBPUSD and EURUSD usually move in the same direction. So, a trader buys the first currency pair and sells the second one. If the euro falls against the dollar, then buying GBPUSD will suffer, but the EURUSD position will make a profit.

Of course, in this case, you need to select currency pairs very carefully. Each of them has its risks, and if a trader makes a mistake, he will lose on all trades. For example, in the example above, there is a risk of losing both the British pound and the euro.

Hedging on forex options is popular because traders can reduce the risk and pay only the option price. This derivative gives the right (but not the obligation) to exchange the currency pair at the selected cost in a certain period.

For example, a trader holds a long position at AUDUSD with an opening price of 0.76 dollars. He suspects that the price will fall soon and decides to hedge the risk using an option. The option includes a price of 0.75 dollars and an exercise time of 1 month.

If after a month the price fell below 0.75, then the long position was lost, but the option helped to make up for the loss. After all, a trader can sell a pair at an option price that is higher than the current one!

If after a month the price is higher than 0.76 dollars, then the long position has won. The option is expired, and the trader pays only its value.

How to form a Forex hedging

Before making any decisions, a trader can safely practice any strategies on a demo account. A good forex broker provides this opportunity.